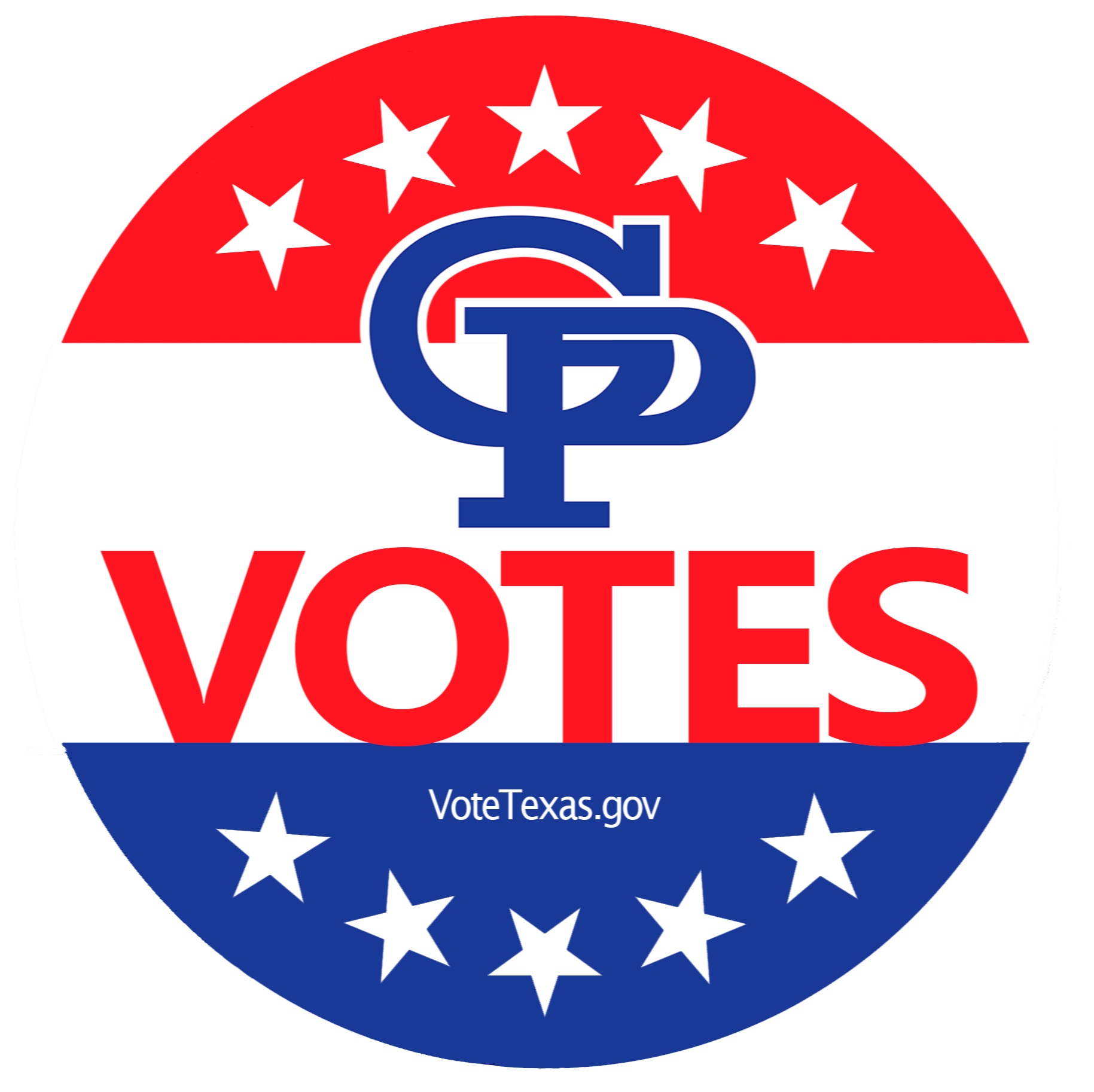 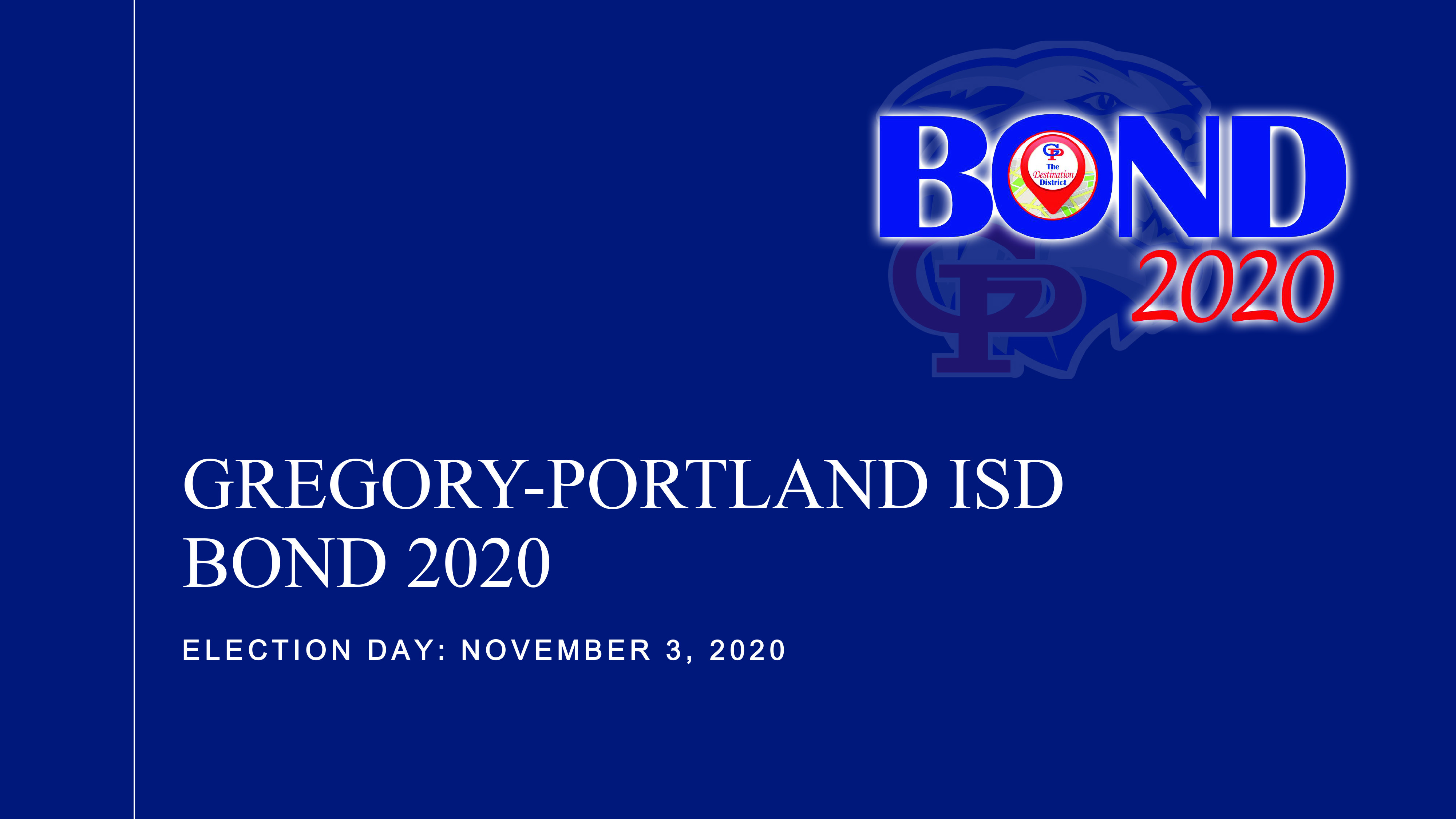 Please CLICK HERE (or click the image at left) to for information about all Bond 2020 projects. Thank you! 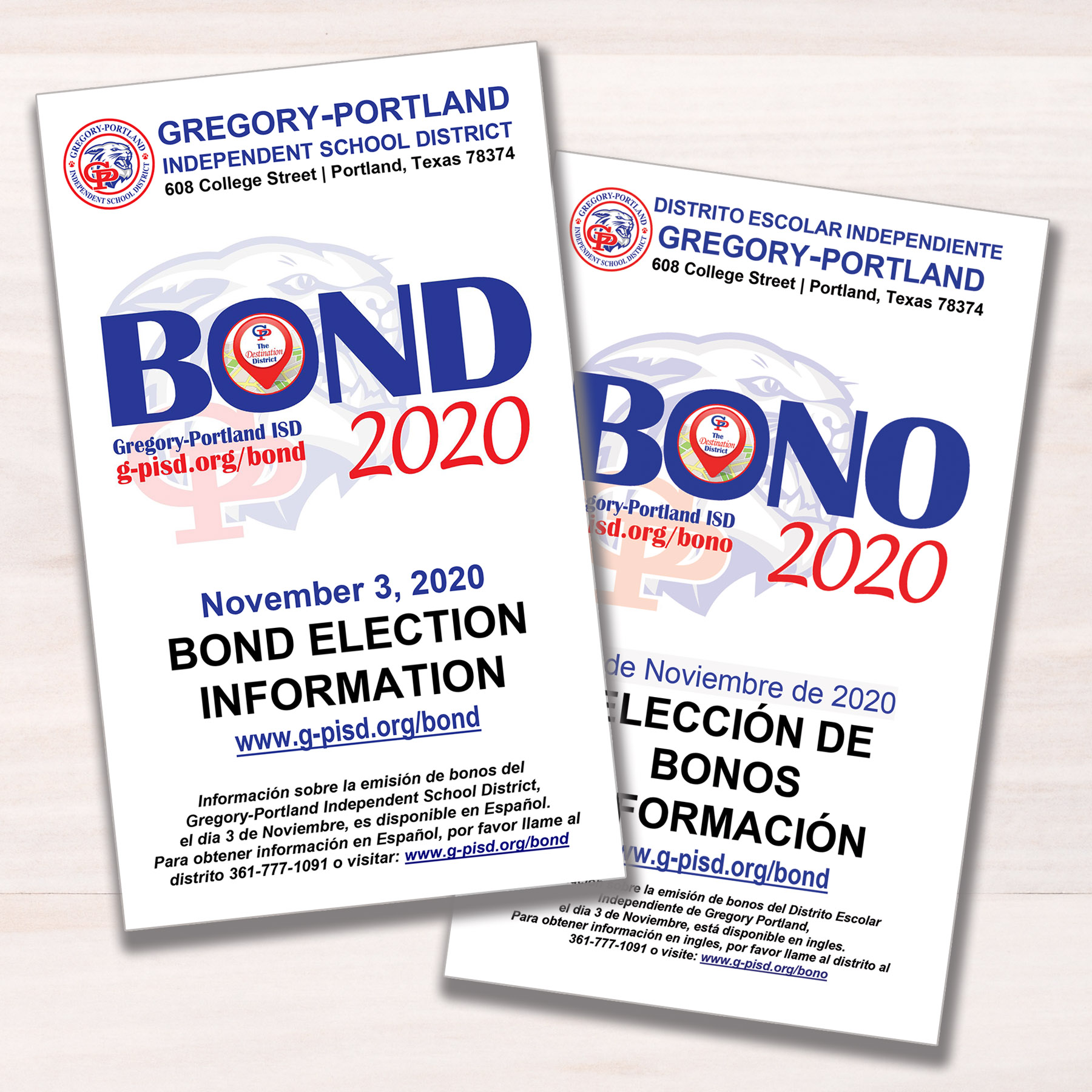 In the weeks leading up to the November election, we'll be releasing videos, graphics, and content about the finances, projects, and data related to Bond 2020. KNOW before you VOTE, and stay informed by signing up for G-P News via email ("e-news") if you are not already a G-PISD parent or employee receiving information from the school district. You can unsubscribe anytime. Thank you!

G-PISD Trustees voted to call a bond election at a regular meeting on July 27, 2020.** The bond will include two, separate propositions: The first with several projects totaling $98 Million, and the second for Technology totaling $9 Million. This bond requires no increase to the total tax rate. In 2019, the total tax rate was reduced from $1.35 to $1.26. During a regular meeting on August 17th, the G-PISD Board voted to approve the 2020 total tax rate, again reduced from $1.26 to $1.21. Additional reductions in total tax rate have been projected for years to come in part due to industrial development in our area, regardless of the outcome of the school bond election.

**The G-PISD School Board first voted in favor of holding a Bond Election on Feb. 10, 2020, just a few weeks after receiving a recommendation to proceed from the community-based Facilities Steering Committee on January 20, 2020. That election was set to be held on May 2, 2020, however was postponed to the November election cycle as a result of impacts to the school district and community during the initial months of the COVID-19 pandemic.

More information will be released in the coming weeks regarding all projects, and the community is invited to submit questions to the District by sending an email to bond@g-pisd.org or calling 361-777-1091 ext. 1031.

Items shaded in BLUE above denote projects that have been, are being, or will be initially funded with existing District Maintenance & Operations (M&O) dollars ... but are eligible for reimbursement to the District when/if a Bond Election is passed. This is commonly referred to as the "Reimbursement Resolution" process. There is a limited amount of time that any project may be eligible for reimbursement (18 months from from the time the asset is completed).

**Items with two asterisks (**) are those anticipated to be included as possible bond projects for potential, future bond elections along a five-year cycle for replacement/rotation.

Committee Spokeswoman Jennifer Baker made a presentation to the G-PISD Board of Trustees on January 20, 2020, on behalf of the Facilities Steering Committee (FSC) who held meetings to review and discuss potential Bond projects being considered by the School Board. Following those meetings, it was recommended that the Board move forward with a Bond Election in May of 2020. For more information regarding this committee, please visit: www.g-pisd.org/FSC

BALLOT-BY-MAIL VOTING must be received (not postmarked) by Friday, October 23, 2020. Ballot requests can be sent to: